The MOD is supporting the deployment of the Protector prototype into the UK airspace from 11 August until 15 October. Protector is the large RPAS MQ-9B, named SkyGuardian, with 79 ft wingspam and MTOW of 5670 kg. SkyGuardian will be operated from 2 locations in the UK this summer, both RAF Waddington and RAF Lossiemouth. Final decision was received on 4 August and the ACP now moves into the Implementation phase. First activity at RAF Waddington was 20 August, with the flying activity switching to RAF Lossiemouth around 10 September. It is important that any comments and feedback during the periods of TDA activation are received by the MOD. 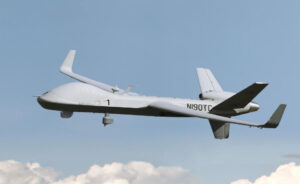 You can find the up to date information relating to this consultation here.

Members can send their feedback via e-mail to consultations (at) gatco (dot) org.