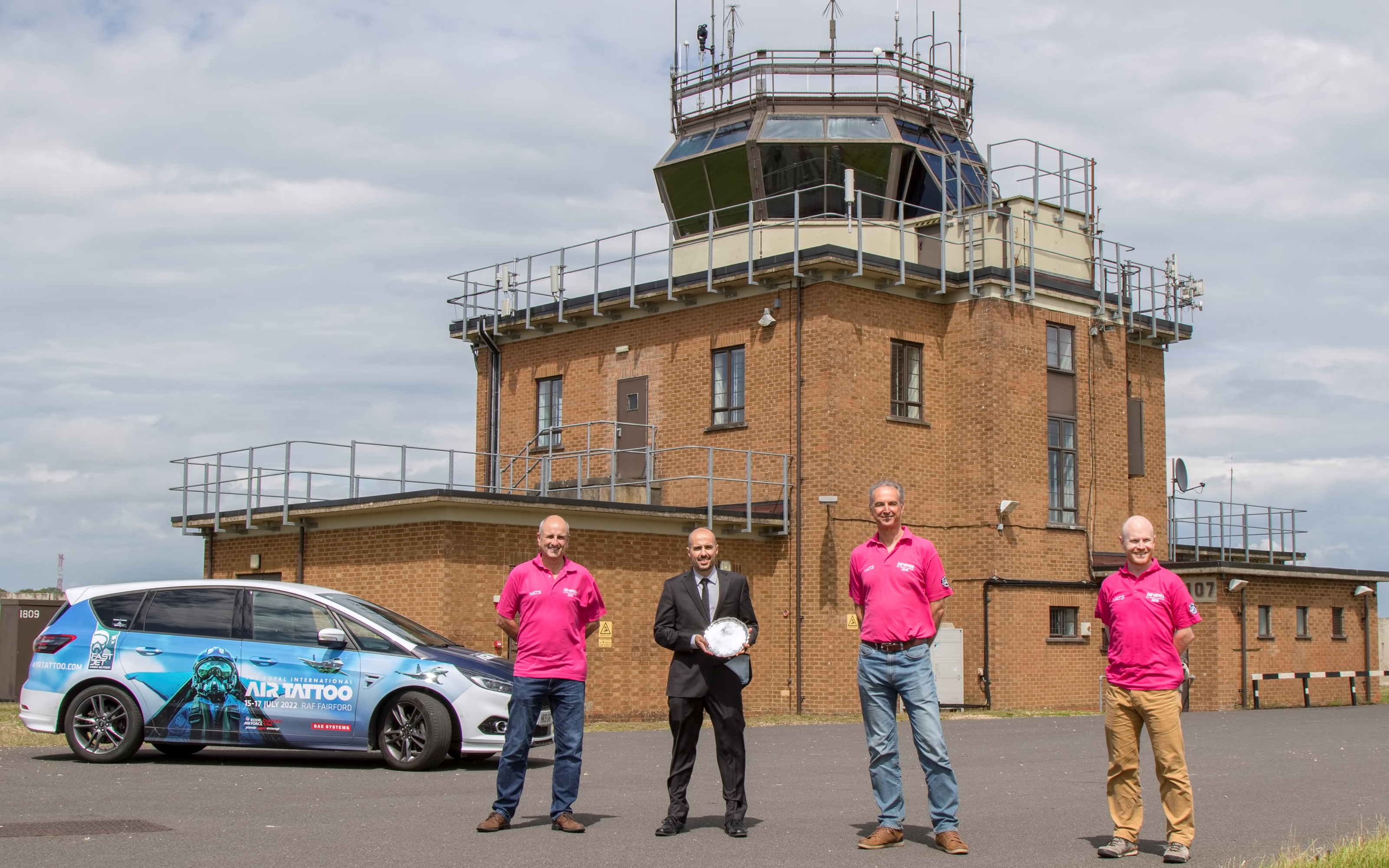 The dedication and professionalism of the Royal International Air Tattoo’s volunteer Air Traffic Services (ATS) team during the past 50 years has been recognised with the presentation of GATCO’s prestigious Hunt Trophy.

The Hunt Trophy is GATCO’s highest honour and is awarded only occasionally to an individual or group considered to have made an outstanding contribution to air traffic services. The Air Tattoo’s volunteer ATS team was selected for its dedication since the first Air Tattoo was staged at North Weald airfield in 1971.

Luis Barbero said: “I’m incredibly humbled and honoured on behalf of GATCO to present the Hunt Trophy to the Air Traffic Services team at the Royal International Air Tattoo to mark 50 years of commitment and dedication as volunteers helping make the event the biggest military airshow in the world. We wish to thank you for all the work you do and for making the event possible for all the aviation enthusiasts in the UK and around the world.”

Ian Revell said: “It’s a real honour to be recognised by our peers, it really means a lot to the team. Over 20 years that I was manager, I was really lucky to work with some really talented and dedicated people and that’s what makes the team. I am sure the skill, determination and dedication hasn’t changed over the years. It would be wrong to receive this without also recognising the team at RAF Brize Norton who, over the years, have helped us by providing our radar service so this award is for them as well.”