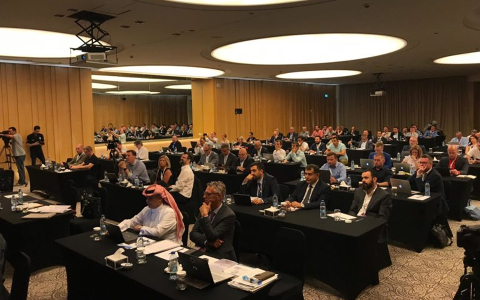 As indicated at last year’s ERM, the ATM capacity and staffing problems in the European ATM system have continued in 2019. Although traffic growth has slowed down slightly, the challenges faced by the controllers daily are still present and are set to continue when we look at the targets set by the European Commission for Reference Period 3 (RP3), 2020-2024.

Just before the start of the ERM, a workshop was held on the implementation of the European Commission Implementing Regulation IR 2017/373, dealing with stress, fatigue and psychoactive substances, regulation which is coming into force on 2nd January 2020. The workshop highlighted the vast differences between European Member Associations (MAs) regarding the level of implementation of their ANSPs, the involvement of operational staff and the resources and support available to controllers. IFATCA itself published guidance material on the implementation of IR 2017/373 and, together with CANSO, a document on fatigue management in the past, which has now been adopted by ICAO. You can download the documents here.

The first day of the ERM included discussions on a number of topics, including equality and diversity, echoing the message of the recent issue of The Controller magazine. The work of the European IFATCA reps was presented to the audience, looking at the contribution of IFATCA to the Airspace Architecture Study-Transition Plan and the recommendations made to the European Commission on the back of the Wise Persons Group recommendations. A novel IFATCA initiative was presented, whereby IFATCA is teaming up with industry and academia to apply for European funding and carry out original research on “Joint Human Machine System”, concept which should form the foundation of the ATM system of the future. The day concluded with the closed session where MAs could share with the other MAs their current concerns.

The second day of the ERM included a panel on the training of controllers, the challenges we are facing and what solutions can be implemented to tackle them. The worldwide shortage of controllers and the difficulties in attracting younger generations to the profession are making it extremely important that the selection and training of controllers, and potentially the profession, evolve and adapt to match the needs of a society where work-life balance plays a key role. Iacopo Prissinotti, Director of the Network Manager (EUROCONTROL) attended the ERM and presented the work they are doing to modernise the airspace, the infrastructure and the procedures of the European ATM system to be able to cope with future traffic demands. IFATCA made it clear that it is paramount that the operational staff are actively involved in the process from a very early stage and at the highest level. The rest of the day included an update on IFATCA drone activities/involvement and a review of the papers the Technical and Operational and Professional and Legal committees of IFATCA are working on for the 2020 IFATCA Annual Conference.

The 2020 IFATCA ERM will be held in Maastricht in the Netherlands.