The job of the air traffic controller has changed dramatically since its first days back in 1929. Even though changes were few and far between in the first decades of the profession, the rate of change has increased dramatically in the last 40 years. The main drive behind all those changes has been the technological advances in computer and radar systems, automating some of the tasks and roles of the air traffic controller. As controllers, we cannot help but think that all those changes are “beyond our control”. Technology is evolving fast and new systems and processes are being introduced fairly often in our working environment by our employers. Although the opinion and feedback of the controllers is always sought, sometimes it is at a relatively late stage in the project, where our input cannot have a great effect. 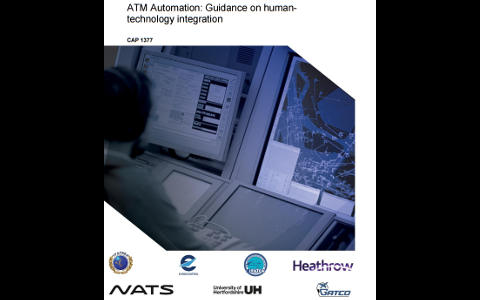 As such, when Mr Colin Gill (former Strategy Specialist in Equipment and Future Systems at the CAA), in March 2015, invited GATCO and IFATCA to take part in the project he was leading on Automation in ATM, we jumped at the opportunity. An initial meeting of the so-called CAA/Industry Automation Working Group took place in November 2014, with attendees from the CAA, Single European Sky ATM Research (SESAR) Joint Undertaking, NATS, the University of Hertfordshire and the University of Coventry amongst others. This meeting was organised on the back of a CAA/Industry workshop which took place in March 2014. The workshop identified the need to create a small and focused group to take the raised ATM automation issues forward in a manner that would involve and engage all stakeholders. The main outcome of that group would be guidance material regulators and industry on the development and implementation of automation in the context of ATM. After a total of 9 meetings between February 2015 and January 2016, the CAA published “CAP 1377 – ATM Automation: Guidance on human-technology integration” in February 2016. Previously, a one-day conference had taken place in December 2015 to share the findings of this work amongst the stakeholders and other aviation and ATM professionals before the final document was published. The document was endorsed by the CAA, NATS, London Heathrow Airports Ltd, the University of Hertfordshire, IFATCA, GATCO, the International Federation of Air Traffic Safety Electronics Associations (IFATSEA) and Eurocontrol.